Time for me to get a new phone – no, not an iPhone 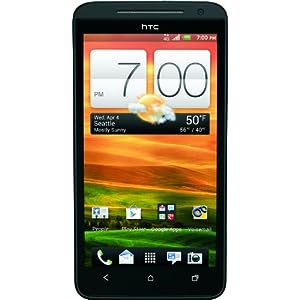 I frequently find myself buying a new phone as the new iPhone comes out. Not really that much of a coincidence, I tend to buy a new phone every year or so. In my line of work, I need to stay on the relative cutting edge of the technology.

Why not an iPhone?

This year, I briefly considered returning to the iPhone (I have had both the 3 and the 3gs) but in the end, decided against it. Why?  Well, I am happy with Android (though not my current phone) and still don’t like the fact that iPhone doesn’t use flash, and I prefer the Android method of multitasking. I did consider ignoring those things until I learned about the disaster that is the map and decided ok, not going back. I rely way too much on my phone for getting from place to place. I can’t risk using something that will get better as “more people use it.”  Actually, I was pretty worried when Apple announced it would be replacing Google Maps. I get why it did, it doesn’t want to be beholden to its greatest competition. But Google Maps is a very strong product and is hard to replace.

Understand, I think the iPhone is an excellent phone. I recommend it to many people, and outright tell most attorneys they are better off with an iPhone than an Android phone. There are two reasons for this. 1. The iPhone is easy. It works well right out of the box. To make most people happy, an Android requires a lot of modifications in terms of installing apps, setting things up, etc. 2. A lot of attorneys have iPads, and it makes sense to be able to use the same apps (as much as possible) on both devices. This is the main reason I was considering the switch, I am thinking about getting an iPad.

Going forward, I will have to warn people about the map issue. I don’t want to recommend something that gets people lost.

I mentioned I am not very happy with my current phone, a Motorola Photon. The reason I am not happy is the build quality of the phone. I have had to go to a Sprint store more times to deal with the phone than ever before. A button broke off in the first week, phone replaced. Something happened a few months later, phone replaced. Its battery stopped working properly, new battery. I am glad I had the warranty on this thing.

Since I am on contract with (and happy with the service on) Sprint, this limits my phone choices. This is quite alright, since Sprint offers the two Android phones I was considering. They are the Samsung Galaxy S III (S3) and the HTC Evo 4G LTE.

In the end, my research told me I would be happy with either of the phones. They are both LTE, which is important. Sprint doesn’t have much of an LTE network, but it should soon. This is the biggest negative on Sprint, so it had best catch up soon. My willingness to stay with Sprint due to its true unlimited data will only last so long if my phone is running at substantially lower speeds than Verizon and AT&T for much longer. Back to the phones.

At 4.8 inches, the Galaxy has a huge screen. The G3 also is trying to compete with Apple’s Siri, with something called the S Voice. S Voice is not reviewing well. I didn’t care one way or the other about S Voice, and I was ready to buy the G3, but several reviews noted its screen is not as bright as it should be.

I also looked at the HTC Evo 4G LTE. The original Evo, along with AT&T’s awful service, is what caused me to leave the iPhone in the first place. I was very happy with my Evo and only replaced it when I dropped it in water and was eligible for an upgrade. At the time, a new Evo was available, but aside from having 3d (why bother?) it had no real improvements. So I went with the Photon. Looking at reviews of the Evo 4G LTE, I saw a solid phone that is a good replacement for my original Evo. The screen is close to the G3 at 4.7 inches. For me the size is actually a bit large (I’m a woman, my hands are smaller,) so a little smaller is a good thing. It is stuffed with high level tech, and since it is an upgrade from my original Evo, I see no reason not to enjoy it.

Look around before you buy

Once my decision was made, I didn’t just look at Sprint’s website for my phone. The HTC Evo 4g LTE is selling for $199 on Sprint and most other websites. But, it is selling for $149 on Amazon right now. When you are looking to buy a phone, don’t think you can only buy it with the cell phone provider. Look around for deals. I offered Sprint the opportunity to match the price but it wouldn’t. So I will just buy the phone from Amazon.