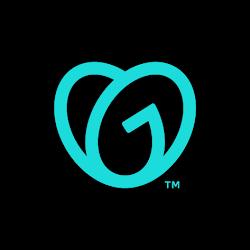 Even if you have never had to think about hosting a website you probably know GoDaddy. It is the company that uses Danica Patrick and other women in its controversial commercials. Apparently controversy works because GoDaddy is the domain name registrar for a huge number of sites, and hosts a great many as well.

Also, you probably know that GoDaddy has been having some problems tonight. In short, it got its butt handed to it and was taken down, along with many (all?) of its sites.

Anyway, I think since GoDaddy is having these problems, it is a wonderful time to leave. Am I kicking it when it is down? Well, yeah I am, but I have never liked GoDaddy as a host. I’m not the only one who thinks this is a good time to leave. Check out the article in Forbes, 5 Reasons you Should Leave GoDaddy and How.

I read a couple of articles today about what happened to GoDaddy. The initial articles claimed that Anonymous (the hacker group) took down GoDaddy. Then PCWorld added in that the reasoning was due to GoDaddy’s support of SOPA. However, when I posted this information on Twitter I was informed that I was incorrect. Rather one individual had taken down GoDaddy and there was no evidence he had done so over SOPA. More recent articles support this idea. So the answer seems to be, right now, we’re not sure exactly who took down GoDaddy, but it was probably someone who goes by @Anonymousown3r, and we are not sure why he did it. Apparently we should find out soon though. Thanks to @airconditionedx for providing the correction. (See update below as of 9/12 at 12:00 am)

When I first started this blog back in early 2010, GoDaddy was both my registrar and my host. I left GoDaddy a few months later due to frustration with their inability to solve timeouts and other issues on my blog.  The problem was clearly with the host and not with the blog itself. Believe me, I tried everything on my end to solve the issue. At that point, my blog was also a tiny little thing, so there really was no excuse. My website, which was not WordPress based back then, had the same issues, and it too was a tiny little thing, html and css, 5-7 pages in all. Again, no excuse for the problems. And never a solution.

When I was with GoDaddy I spent an incredible amount of my time on the phone with their tech support. Now? No problems. That is really all I need to say about my experience there. Oh, that and people were very polite. So that was nice.

I changed my registrar to my new host at the same time. Good thing too, since otherwise I would be grinding my teeth in irritation instead of writing this post.

I could also talk about the sexism, animal rights, and free speech issues, but I won’t, because when it comes down to it, GoDaddy just isn’t that good of a host. There are better options when it comes to hosting quality. And that is the number one reason to change.

I know that it seems like moving hosts is a big deal. But if you were unhappy with GoDaddy before (as I was when I was hosted there) and need the impetus to make a move, you certainly have a good reason to do so now. The process isn’t really as bad as you would think. I would call it more tedious than difficult. Less tedious than sitting on the phone for hours though with polite, but useless tech support.

If you can register a domain name and create a website, you can certainly move a website to a new host. If you hired someone to create your website, get an estimate on how much it will cost to move it.  I suggest you change your domain name registrar at the same time.

For a detailed article on how to move from GoDaddy, check out this excellent guide from Life Hacker on how to complete the process. Life Hacker explains better than I ever could why GoDaddy isn’t a good host. Life Hacker also has a guide on choosing a host and launching a site.

Here is a simple overview of the process:

There are a lot of good hosts out there. Some highly rated options include:

Just read reviews on the various hosts before you pick one. Make sure it is capable of hosting whatever you want to put on it. And pick Linux over Windows for your operating system.

Update on What Happened

I am updating this on 9/12 at 12:00 am to provide more information about the outage.

GoDaddy claims it was not hacked. It also apologized for the inconvenience. The truth? Who knows. If GoDaddy is telling the truth, than the person claiming he took GoDaddy down was just trying to take credit for something he didn’t do. It wouldn’t be the first time someone made such a claim.  However, the hacker is still claiming he is responsible, and also now is claiming to have access to some of GoDaddy’s servers. Time will tell, because the hacker is saying that he will take GoDaddy down again since they denied what he did.

So what does GoDaddy say happened? It says it was corrupted router data tables.

So take your pick. GoDaddy customers can choose between a system taken down by a denial of service attack or one taken down by incompetence.  Nice.